If you ever need proof that gambling and risk-taking are intrinsic to human nature, take a look at keno. This game of chance has been a part of Chinese culture for at least 2,000 years. As the predecessor to all lotteries and bingo, keno has straightforward rules that have made it a popular choice among players from across the globe.

Nowadays, it’s super easy to test your luck, as many gaming sites offer keno online. In this article, we’ll highlight some of the top venues you can join today while also discussing the rules and pros/cons of the game.

The Rules of Keno – How to Play Online

If you’ve ever played the lotto, you’ll know how keno works. Most often, you’ll be presented with all the numbers from 1 to 80. All that’s required of you is to choose how much to bet, pick your lucky numbers, and let it rip. The game will draw a total of 20 random numbers per round. Typically, you’ll be allowed to place wagers on 1 to 20 positions, but some online keno variants may only permit you to bet on a maximum of 10-15 “spots” (that’s how the selected numbers are called) at one go.

The Pros and Cons of Keno Online

The RNG abbreviation stands for Random Number Generator, a complex algorithm used to ensure that the results you see are truly unpredictable. How can you tell if you’re playing such a title? Well, if you don’t see a lottery drawing system with physical balls, then RNG is used.

A reputable keno online casino always has its RNG engines audited by accredited testing facilities as part of its regulatory obligations. This ensures that the games are not rigged or unfair to the player. Since RNGs can produce results almost instantly, you won’t have to wait long to find out if you’ve won.

Such products are also super convenient, as they usually display the maximum payout for your chosen numbers. Also, many titles allow you to select a bunch of random numbers with a single click. Sometimes, you may also see exciting features such as random multipliers that can further increase your payouts. However, we advise you to keep an eye out for the stated house edge, as something might be omitted to accommodate these extras. In other words, they don’t necessarily lead to better overall return rates in keno online gambling.

Is There an Online Keno Game with Live Dealers?

Yes, but it’s hard to find. Our research shows that it’s only available in casinos like 1xBet for the Scandinavian region, and most people won’t be able to play live dealer keno. On the bright side, we have a couple of recommendations if you want to play something similar while chatting with a presenter and other players.

This one is made by Ezugi and is available in casinos such as 1xBet and Ruby Fortune. The stream is broadcasted 24/7 in HD and uses a physical drawing system. A draw occurs every 4 to 6 minutes, so it isn’t the best option if you’re short on time. 6 balls are drawn out of a total of 49

While there are fewer numbers than keno online, you can place a large variety of bets, including the color of the balls. You can even save your favorite betting combinations, which is great. The betting limits sit between $0.10 and $5. The jackpot is an x2,000 multiplier of your wager. It is won when you correctly predict 4 of the 6 drawn numbers. 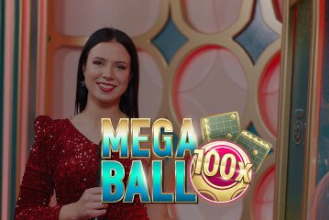 This one is a rather recent invention coming from Evolution, the world’s leading provider of live dealer entertainment. It resembles bingo, as you bet by buying cards where random numbers are displayed on a 5×5 grid. The more lines you create, the larger the win. A single card allows you to win up to 9 lines, and you can purchase up to 200 cards at one go. Just like in online keno, 20 numbers are drawn per round. However, the total balls in play are 51.

What’s interesting about this game is that before the last number appears, a random multiplier of up to 100x is added. If the last ball completes a line, your winnings are multiplied accordingly. The top jackpot is a massive x1,000,000 your bet. You can expect an average return rate of 95.05%-95.40%, which is quite good for this genre. 888casino and Royal Panda both have this thrilling title in stock.

We’ve seen many superstitions or outright scams going viral online. People will advise you to bet on consecutive or cold numbers, but the truth is that no specific betting approach can remove the house edge. When you play keno online for money, the only way you can come out with some extra cash is if you’re lucky.

The most sensible and effective thing you could do is to apply a disciplined approach to your bankroll. Keno isn’t known as a high roller game, and the top limit is often capped at $5. Still, if you have $100 to spend, it’s best to bet up to $1 at one go. Divide your funds into even small sums when testing your luck. If you endure a losing streak, call it a day and cut your losses. As to how many numbers to bet on online keno, some people will say 4-8, others pick 7 to 9. It’s best to look at the paytable of an individual game and determine the best course of action.

The Thrilling History of This Ancient Game

Legend has it that the Great Wall of China was partly built with proceeds from keno.

As we alluded to in our intro, this form of gambling originates from China. According to historians, it has been played in one form or another for at least two millennia. The word “keno” is actually a Western invention, likely a corruption of the French word “quine”, a term for five winning lotto numbers.

The original Chinese moniker is “baige piao,” which means “white dove ticket.” This may sound strange, but according to the legend, carrier pigeons delivered keno results from games hosted in major cities to nearby villages, hence the name. Imagine if you had to wait that long for an outcome in keno online!

Another interesting myth around this game is that it was invented by a ruler of the Han Dynasty, who desperately needed funds during times of war. Apparently, keno was so popular with the locals that it funded the royal coffers and helped for a successful resolution to the conflict. This same approach was reportedly used at a later point to help with the construction of the Great Wall of China. Hey, at least the big house edge was good for something!

The New World was first acquainted with this form of gambling during the California Gold Rush of the 1840s. Chinese prospectors and railway workers brought it to the western shores of the USA, where it eventually became a national phenomenon. Today, we play keno online with numbers for simplicity and convenience. However, the original included the first 80 Chinese logograms from the Thousand Character Classic, an ancient book with no known author.

Keno might be uncomplicated, but perhaps the genius of this simplicity has made it a part of people’s lives for so many generations. Thankfully, you don’t have to rely on carrier pigeons or even paper slips if you’d like to play the game today. The fastest and most convenient way of testing your luck is to pick a proper online casino.

It’s true that many websites or even state and national lotteries offer keno. However, if you’d like to save some time on searching and benefit from the best welcome bonuses around, the operators at the beginning of our review will surely not disappoint. Good luck!